Our Dogs- Lola and Daisy 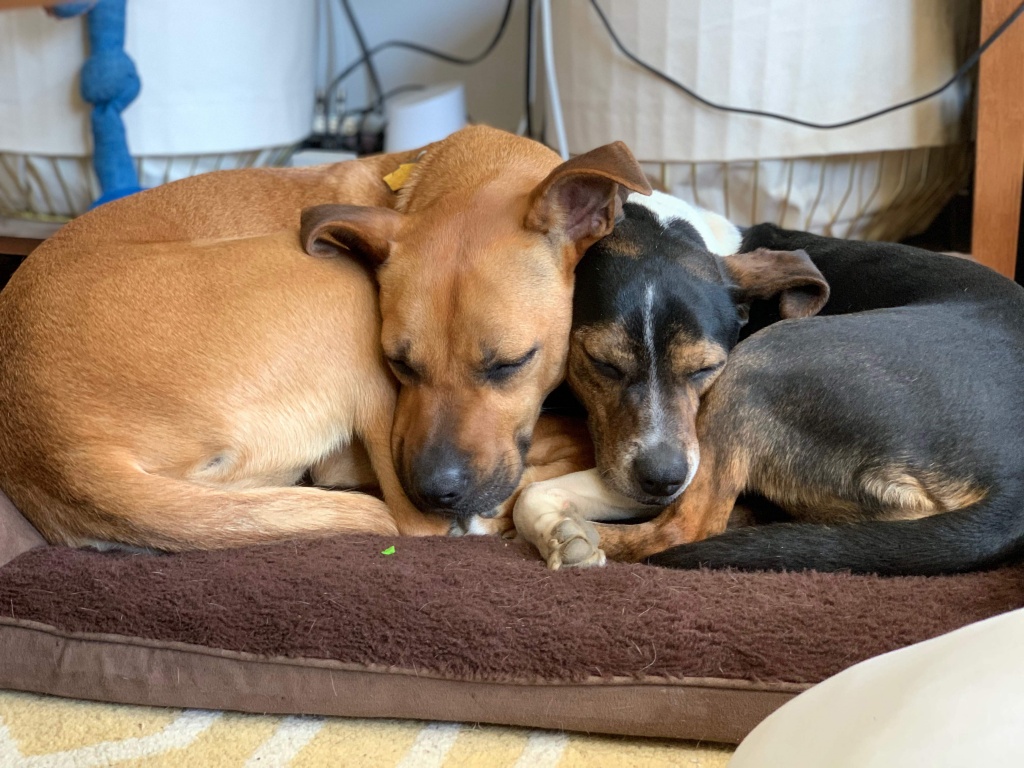 We have the great pleasure of having 2 wonderful dogs, Lola and Daisy. I (Kyle) grew up with a wonderful childhood dog, Scruffy, who was a cocker spaniel, so I knew that he wanted to our future children to have that same wonderful experience. When we started dating, I had a lovely cocker spaniel named Sadie and Jeremy became such a caring and loving dog dad. Before Sadie passed on, I decided to get Jeremy a dog for his birthday. Sadie was lonely and Jeremy had never had the “puppy” experience, so I spent weeks browsing different websites for the perfect rescue dog. As soon as I saw Lola, he knew she was the next member of their family. He went to go visit her and she was so playful and a little bit mischievous. The following week, I was able to take her home. It was a couple of weeks before Jeremy’s birthday, so he was note expecting anything. I called him when we were outside and he walked out to me holding a banner that said “Happy Birthday” and her running around at our feet. The look on his face was priceless. His heart immediately melted. I named her Lola because when we had gotten married earlier that summer, our caterer was a restaurant named Lola and I wanted us to remember that incredible day. That afternoon, they took a nap together on our living room rug and they have been inseparable ever since.

After a few months, Sadie passed away and we experienced the tremendous loss that comes with losing a pet. She was our first dog together and saying goodbye was very hard for us. We thought it would be a while before we would open our hearts to another dog, but Daisy had other plans for us.

We met our dog Daisy’s brother, Jackson at our friend’s house. They had just rescued Jackson and while we were there, Jeremy and Jackson had the best time playing together. Our friends told us that Jackson was found and taken to a shelter with his sister and that she was traveling north in a few days to be placed in a shelter up here. Daisy never made it to the shelter. We talked on the way home, decided that we were ready for Lola to have another sister, and made the call. We drove up the following week to pick up Daisy and she slept on my chest the whole drive home.

Lola was very curious about Daisy and after the first few days they started playing and napping together. They love to run around our yard, take naps on our bed, follow the sun spots in our living room, and play with all of their toys. We only need to call one of them and they both come running. Even as I write this, they are snuggled near my feet on their bed, Lola woofing in her sleep, Daisy nestled slightly underneath her.

I can’t wait to see them with our future children. They are so great with our nieces and nephews and I know that they will love our kids as much as we will!

We Can't Wait to Be Dads!!! Follow our Adoption journey as we wait to become parents and have a wonderful time together along the way!

Kyle and Jeremy
.(JavaScript must be enabled to view this email address) 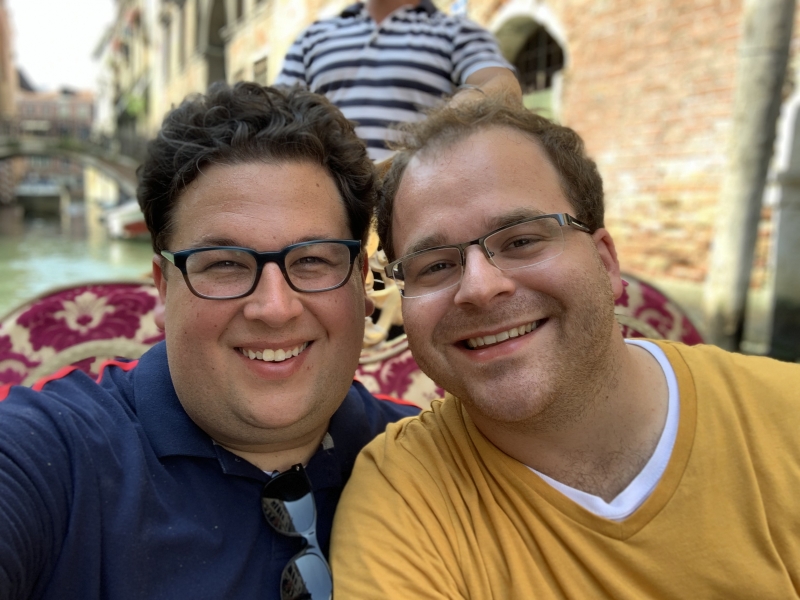