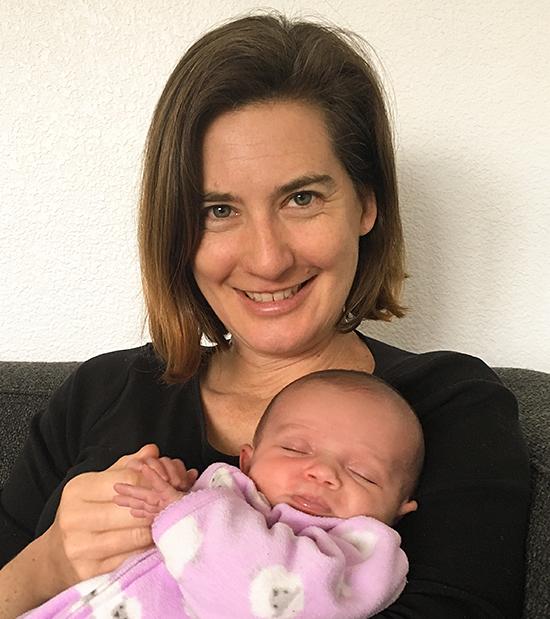 When the Independent Adoption Center (IAC) closed its doors with no warning, I was devastated. I had been getting older and waiting longer and longer for a child, and I had convinced myself that if it never happened, I would be okay. One day I went to the IAC website to upload photos and saw the announcement that they had shut down. I called them only to get the same message with no apology, no reasoning, and no one to answer my questions. I was livid. I felt my chance of being a mom had been ripped from me, and in that emotion, I finally was able to see the truth of how badly I wanted a family.

I also felt like maybe it was a sign that adoption wasn’t my path, and I felt too jaded to work with another agency or a lawyer and spend more money and wait longer. I thought maybe it meant that I should help children in immediate need. So, I decided to start the process to become a foster parent. I took the classes and got fingerprinted, and a social worker came to my home. I was on my way…and then the social worker just kind of disappeared before the final paperwork was done and I would be allowed to foster. Again, I was angry and surprised—weren’t there children in desperate need of homes? Wasn’t there a shortage of foster families? I was so upset…again. Now what? And then I remembered Adoptimist.

When I was left with no agency or counselor, and I was sad and angry, it seemed Adoptimist was one of the few things that I remembered in the blur of emotions.

I suppose I was one of the luckier IAC families because I had recently completed my home study, adoption profile, and brochure, but I had not been matched. That meant I was not in bureaucratic limbo, but I had “marketing” materials and a valid home study available. My counselor had told me about Adoptimist.com, but I always told her the same thing: “Why? I have an agency. I’m paying you to help me get matched. Why would I pay a website and re-upload and rewrite all my materials?” When I was left with no agency or counselor, and I was sad and angry, it seemed Adoptimist was one of the few things that I remembered in the blur of emotions.

Meeting the birthparents was a lot like a first date. Everyone was nervous, the conversation went all over the place, and I left feeling optimistic yet petrified.

I uploaded my home study and started cutting and pasting from my Dear Birth Mother letter. I hadn’t liked the profile picture that IAC chose, so I used the one I did like. In less than a month, I got an email from Eli B. She was only six weeks pregnant and had a sweet boyfriend and a decent job. With no agency to give advice—what questions to ask, where to meet, what to wear—I was at a loss. I called a lawyer and she was very concerned that it was a scam. Most people don’t reach out until much later in the pregnancy, and I would most likely have to support her throughout it, if she were even pregnant. All I knew was that I had to take a chance and meet this young woman.

After a quick phone call to plan, we met at a cafe. I sat outside and I was so nervous that and she and her boyfriend walked right by me as I played with another customer’s dog. When they found me, Eli hugged me and we decided to sit inside where it was cooler. David pushed in all the chairs on the terrace and I thought to myself, “These are good kids.” David and I both had to work later that day, so we thought we wouldn’t talk long, but we talked until we all had to rush out the door. It was a lot like a first date. Everyone was nervous, the conversation went all over the place, and I left feeling optimistic yet petrified.

My tips for others wanting to adopt are to be as detailed in their profile as possible and to be “open to open.”

We talked about why they wanted to place their child, why they called me, and whether they had spoken to other adopting families. Eli said she liked what my friends had said about me and how I interact with children. Because I was single, I had ten quotations from people who care about me, not just one testimony from a partner. She also liked where I lived. I had really described my neighborhood clearly and named various places I could take a child. She also said that when she spoke to another family on the phone, they were very uncomfortable with an open adoption. So, my tips for others wanting to adopt are to be as detailed in their profile as possible and to be “open to open.”

Eli was open to letting me see her blood tests to ensure that she was in fact pregnant—and she was! We spent a lot of time together. I took her to doctor’s appointments, and we always went out to eat together before and after. The more we got to know each other, the more we liked each other. Since it was an online match, it was also like dating when I called and said, “I’d like to commit to you. Should I take down my profile?” How weird it is that I’ll one day tell my daughter I met her birthparents on the internet.

I like knowing where my daughter’s roots lie, and watching her grow up, I see a little bit of all of us in her, and she’s wonderful.

We found we had many things in common, like unusual name choices for our daughter—yes—a girl! That fact made it all even scarier, but I knew that if they changed their minds and decided not to place the “squirmy wormy” with me, it would be all right. They would be good parents. Yes, I would be brokenhearted, but I’d live knowing the child would be okay. They did place with me, and now we see each other about once a month. We usually meet at a playground. My daughter has met her grandma and aunt, and on her first birthday we did photos together. I like knowing where my daughter’s roots lie, and watching her grow up, I see a little bit of all of us in her, and she’s wonderful.