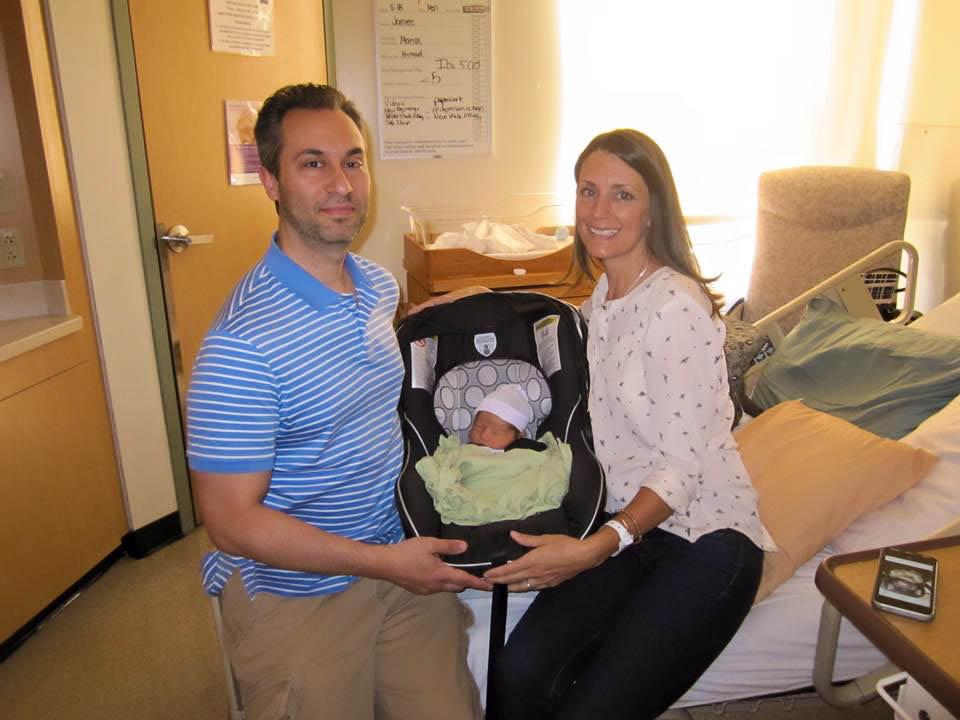 We were just about to give up. It had been six years. Six years of trying to build a family. We started the way everyone starts, the “old-fashioned way” and quickly ended up in fertility treatment. We did three IUI’s, three IVF’s, and ultimately had four miscarriages when it was all said and done. The last miscarriage was particularly devastating, as we had seen a heartbeat for the first time and had actually allowed ourselves to have some hope. I had to have a D&C for that last one. When we got the report back from the lab, we learned that the fetus was male. We would have had a boy.

We were faced with an agonizing choice: go forward in a situation we were completely uncomfortable with and hope the baby was ok, or disrupt the match and walk away.

Then we started our adoption journey. That was about three years ago. First we signed up with a local agency and were matched right away. However something never felt quite right about that situation (or that agency) and we always had a nagging feeling that the full truth was not being told. But we wanted to be parents. We discounted our “gut reaction” as just fear and went ahead anyway. I quit my job in preparation to become a stay-at-home mother. I registered at Babies R Us. Then on my last day at work, two weeks before the baby was due, the truth finally did come out. The birth mother had been using I.V. meth just about daily for the majority of the pregnancy. We were devastated. Our agency knew we were not open to that level of drug exposure. However I truly believe they had an “ignorance is bliss” type of attitude and didn’t really ask the hard questions. We were faced with an agonizing choice: go forward in a situation we were completely uncomfortable with and hope the baby was ok, or disrupt the match and walk away. With heavy hearts and a lot of tears we chose the latter. In some ways that experience was more painful than the last miscarriage because in addition to feelings of loss, grief, and devastation, there was also guilt, anger, and betrayal.

But as anyone who really wants to be a parent can attest to - you keep going. You find it within yourself somewhere. So we left that agency and started up fresh with a different one. Also a local agency, one that we believed was infinitely more ethical and competent. However they were very, very small. They didn’t attract many expectant mothers per year at all and the wait times to be matched were very, very long. So we took whatever matters we could into our own hands and tried to increase our exposure.

I won’t lie. It was exhausting at times, getting our hopes up, trying to build relationships with expectant mothers either over the phone, email, or Skype. And weeding through the scams.

We made an adoption website and a Facebook page. We let everyone and their brother know we were looking to adopt (which for two people who value their privacy was quite uncomfortable for us, to say the least). We sent our profile to any adoption attorney within a 100 mile radius who would take it. And then we looked into websites where we could “advertise” ourselves even further. We found two that looked promising. Ultimately we chose Adoptimist and I can’t even tell you how glad I am that we made that decision! It came down to a couple of factors. One, it was a very user-friendly website and it just seemed “happy” in a way I can’t describe…like it had a “good energy” or something (sounds flaky, I know! Lol). And the second reason was that I really liked that they were all-inclusive. The other site did not allow same-sex couples on their website and even though my husband and I are a married, heterosexual couple I just couldn’t see giving my money to a company who did not share my values. So Adoptimist it was. We were contacted by various expectant mothers over the two years or so we had a profile on Adoptimist. But nothing ever panned out. Some of the women seemed quite genuine but ultimately either chose to parent themselves or chose other adoptive parents for their baby. Some disappeared altogether and I have no idea what decision they ultimately made. And some were flat out scams. I won’t lie, it was exhausting at times, getting our hopes up, trying to build relationships with expectant mothers either over the phone, email, or Skype. And weeding through the scams. But I found a great online support system and a Facebook group dedicated to making PAP’s aware of the scammers, and that did help a lot. So a piece of advice: connect to online adoption support groups and share info. Don’t go it totally alone.

We saw moving as a formal ending point to family building and finally came to terms with the fact that we weren’t going to be parents. I’m proud to say I got to the point where I realized happiness was a choice and we had so much good in our life.

But even with all the exposure our Adoptimist profile provided, two more years passed and no baby. Then my husband was offered a job in a different state on the other side of the country and we began preparations to move. His job was to start at the end August. Once we moved that meant we would no longer have a home study and we wouldn’t be active with an agency any longer (since ours only did local adoptions). We saw moving as a formal ending point to family building and finally came to terms with the fact that we weren’t going to be parents. It took years to be able to face that reality without feeling nauseous, weak, and heartbroken. But I’m proud to say I got to the point where I realized happiness was a choice and we had so much good in our life. So the plan was to let it go, move on, move across the country, and start a new life - a child-free life. Then on April 22 I got an email from Ashley. She found our profile on Adoptimist. She said she was pregnant with her first child and was due on May 17th (three weeks away!). She said she loved everything she read and saw on our profile and that she wanted to meet us. As cynical as I was by that point, something about her email seemed so incredibly sincere. She signed it with her first and last name, which for some reason I took as a good sign. AND she was local! I replied right away and we set up a meeting for that Sunday. My husband and I met Ashley and her boyfriend, Vincent (Note: birth parent names have been changed to protect their privacy), the baby’s birthfather, at a coffee shop. We talked for hours. We loved them! Not just as potential birthparents, but as people. We genuinely liked them and were impressed by them and wanted to know them. A week later, we took them out to dinner and they formally asked us to be the parents to their unborn child. I cried.

We were very upfront with them about the fact that we were moving across country and our ages (I’m 45). But they were not deterred by those things and felt strongly that we were the parents they wanted for their child. A boy. A boy! It all just felt SO right.

But even though leaving the hospital without her baby was undoubtedly the single most difficult thing she’s ever had to do, it was important to Ashley that she be the one to hand him to me.

On May 16, 2015 our son was born. The birth and hospital experience did not all go as planned and there were some tense and emotional moments. But with the help of a very compassionate, experienced social worker through our agency, Ashley, Vincent, Jason and I all navigated the complicated, conflicting emotions that go along with an adoption plan. And on discharge day, Ashley placed the baby in my arms. We were all weeping. All of us. It was so emotional that I’m writing this through tears as I recall it. But even though leaving the hospital without her baby was undoubtedly the single most difficult thing she’s ever had to do, it was important to Ashley that she be the one to hand him to me. She wanted him to go from “mother to mother”. So she found the courage and the strength and through that heroic act, a new family was formed. Justin is seven weeks now. We are hopelessly and completely in love! He is beautiful, perfect, and amazing and I pinch myself every day! Did we really just get that lucky?! At the eleventh hour?! We were just about to give up. We were done. But he found his way to us… Just-in time ;)

So three things I would love to convey to anyone who is currently on an adoption journey:

1 ) This journey is not for the faint of heart! As I’m sure you already know, it can and will be gut-wrenching, anxiety producing, scary, unpredictable, and at times, seemingly unfair. But then ultimately it can be amazing and joyful. So don’t forget about the amazing and joyful part at the end!

2) If you really want to be parents, never, never, never, never, never, never give up!! I almost did and I shudder to think of what I would have lost out on had I actually given up. Don’t worry about your age, what your family or friends are saying, or what other circumstances are going on in your life. If you want to be someone’s mom or dad, DON’T GIVE UP! EVER. It’s a beautiful dream that’s worth holding onto. And now I can say the reality is even better ☺.

3) Please don’t ever forget that none of us really know what’s going to happen tomorrow. We think we know. We assume. We surmise. But we really cannot ever know what tomorrow will bring. Life can change on a dime. One seemingly innocuous email or phone call and life is forever changed. Stay open to it. Miracles happen.

Wishing anyone on a family building journey much happiness, joy, patience, peace and dreams come true!

With immense gratitude and respect,

P.S. I met my husband on Match.com and we found our son through Adoptimist. The internet rules!!! ☺