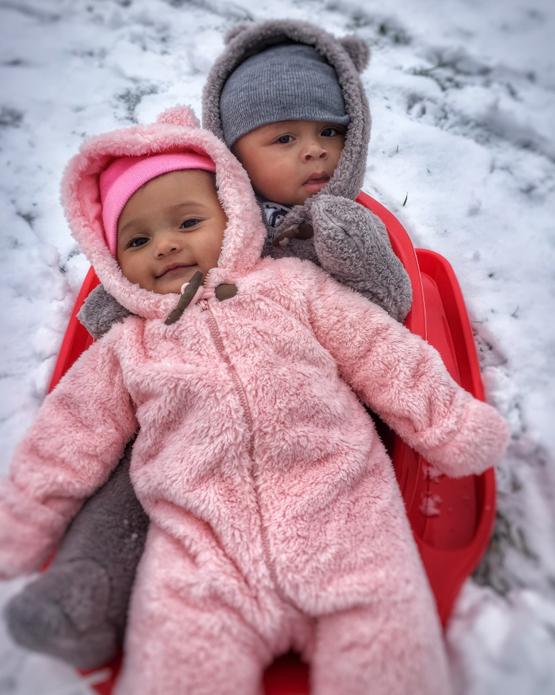 Nelson Mandela once said, “It always seems impossible until it’s done.” We were two skeptics who were twice wrong, but we prevailed. There was never a question of wanting kids; it was a given. For Shawn and I, the question as an interracial, same sex couple was one of how. We began our research in Fall 2013, searching the internet, speaking to other friends who have adopted, contemplating private versus agency, questioning surrogacy, and ultimately, deciding on a private adoption coordinator as our best fit.

We were successful at getting traffic to the website—hundreds of people looking to adopt pets. Needless to say, we were deflated, having spent two years’ time with not even a single lead.

For nearly two years, we casually underwent this process with our coordinator. We started with making our own adoption profile booklet that took us several months. Next, we decided to make a private webpage with links to this profile. Later, we met with an IT “expert” who charged quite a bit to set up advertising for our website. Many dollars and months later, we were successful at getting traffic to the website—hundreds of people looking to adopt pets. Needless to say, we were deflated, having spent two years’ time with not even a single lead.

Our frustration led us back to scouring the internet, and Adoptimist.com came up first in nearly all of our searches related to adoption. We consulted with our adoption coordinator about subscribing. She advised against it, citing her experience that many scammers target these websites. Shawn and I were tired of the DIY (Do It Yourself) style and decided to proceed with a subscription to Adoptimist AMA (Against Medical Advice). Signing up was simple, and creating a profile/webpage took one day, not months. Our first lesson learned was trust the experts. Adoptimist knows how to advertise and bring traffic to your page, which is why they pop up at or near the top of all adoption related searches.

After we created our Adoptimist profile, things were pretty silent for a few weeks. I remember calling the number on the website and speaking with a staff member, inquiring as to what was wrong with our profile and if it was even active. He suggested updating our profile frequently so as to move our family up to the website’s front page more often. We took this advice, and within days we had several correspondences from potential birth mothers. Lesson number two: update your profile with lots of pictures, diary entries, and items that make you stand out as a potential family for a little one.

Trust your instinct and learn to balance the tug of war between your heart and head.

Over the coming months, Shawn and I connected with several birth moms. Our very first match landed in heartbreak. Something never felt right about the connection, as the birth mom never wanted to meet. After a month passed, she began asking us to wire small amounts of money for living expenses, and against our better judgment, we sent it. As the due date approached, we were packed and ready to leave when mom changed her mind and the calls stopped. Lesson number three is to trust your instinct and learn to balance the tug of war between your heart and head.

Shawn and I were heartbroken by the experience but grew closer with each other. I remember him telling me I had the weekend to get over the news, as we were doubling our efforts. He began updating our profile on the hour. His determination to start our family became the focus, not the loss. The number of potential birth moms increased with our increased efforts, at one point taking us across the country to meet a potential birth mom in California. We talked for hours at lunch and she chose us…but the birth father was not okay with a same sex couple, and we felt deflated again. Lesson number four: if at first you don’t succeed, try harder.

After these failed attempts, we connected with several potential birth moms, many at the beginning stages of their pregnancy. Even though we were “matched” in early January, we continued to correspond with all leads. Two would end up being successful adoption stories for us, but not if we had stopped our search after “matching.” Lesson number five: explore all leads and keep your options open.

In late June, we headed to Alabama to meet our son’s birthmother and to be present for the big day. Of all places, Alabama, the reddest of states, opened its arms to a same sex, interracial couple looking to adopt. There we met the bravest and most wonderful birth mom who entrusted us with our son. On July 4th, he came out like a firecracker, barely making it out of the parking lot and into the hospital.

We met our daughter and spent a few days in the hospital with her mother, the kindest and most selfless person you could hope to meet.

After receiving clearance from the Interstate, we began our journey home and discussed what we should do about our second match, which was due at the end of July. We knew we wanted more than one child, and we were ready to go. Ten days later, we received a call from our daughter’s mother in Ohio. She was having an emergency C-section. We quickly jumped in the car and headed there. We met our daughter several hours later and spent a few days in the hospital with her mother, the kindest and most selfless person you could hope to meet.

We continue to speak to both birth moms on a regular basis, sending pictures and texts, video chatting and even visiting. This experience has been the most difficult yet rewarding life has had to offer. The nervousness of meeting birth moms, the pain of failed attempts, the anger that comes with scams, and the possibility of the unknown entering into the picture all become part of the daily narrative.

When you question whether adoption can actually happen, increase your efforts, not your displeasure.

At the end of the day, the adoption process is one that will test the strength of your family, friends, partner, and self. When you question whether adoption can actually happen, increase your efforts, not your displeasure. Take the hope and advice these success stories offer. Use that to fuel your quest to find your family. 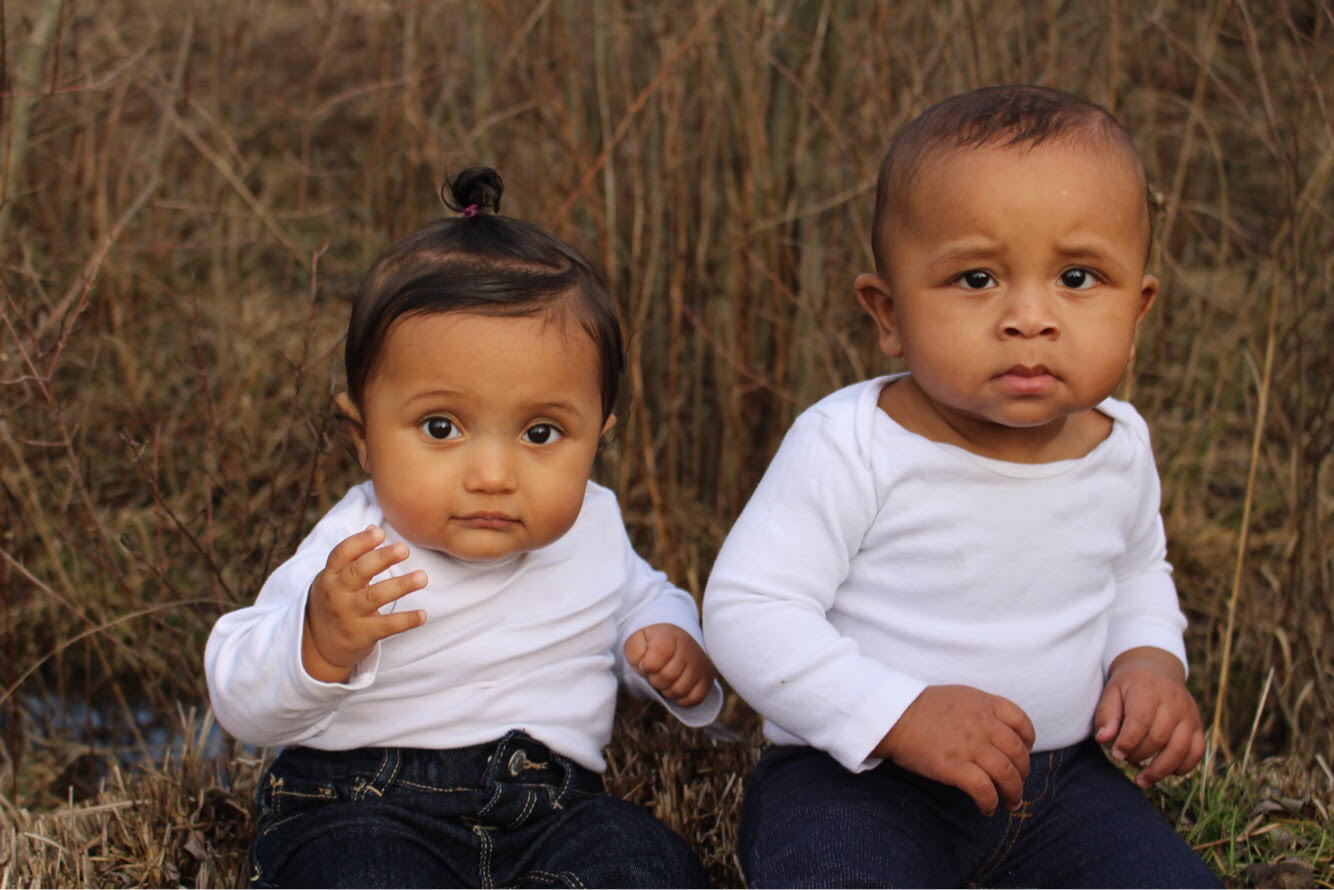 Phenomenal story!!!  So glad God has blessed you and Shawn with your two precious chIldren.  They will grow up in the BEST of families and will always thank God for their two daddies that “CHOSE” them.  Love you!


It’s been just over a year for us, so very glad to read your inspiring story. Thanks for the encouraging words, Rob & Shawn, and huge congrats on your beautiful family!
Mark & Jeff


Wow, two babies! We are also an interracial same-sex couple, and our adoption journey is going on 3 years waiting for a match (one failed placement last year). Thanks for spreading hope!


Thank you for posting.  This was so helpful.  I relate to a lot of it.  And what a beautiful family you have!  So inspiring.