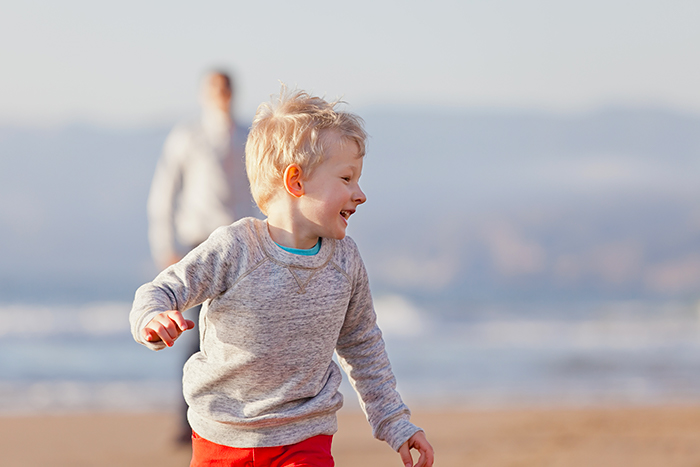 I remember hearing those dreaded words from my son’s adoptive mother.

“Can you please not have contact with him until he graduates from high school.”

He was nearing graduation and really struggling with his identity. His rebellion was at an all-time high and his parents feared that he wouldn’t graduate and be able to go to college. He had come so far and had been awarded a number of athletic scholarships. What a waste it would have been if he couldn’t take advantage of them.

Because I worked with troubled teenagers in one of Chicago’s roughest neighborhoods and because I have never been one to sit back and do nothing, I stepped up to help when our boy began acting out.  I became more aggressive, uh, I mean assertive in my attempts to help, to interact with him and guide him through this difficult time.  Even though I thought I was helping, the truth was that my involvement in his life at that particular time was making things harder for him.  I had never been good with boundaries in the past. After all, I had gotten pregnant during my sophomore year in college. But I had to respect her wishes and the boundaries that she was setting.

Hearing those words from her was difficult and painful, but necessary. Although the relationship that I had developed with my son was positive for the most part, both of us regressed emotionally after each reunion that we had with one another. In order for him to regain any sort of normalcy, he and his entire family needed space - space from me. They needed to go back to their routine life that was emotionally safe for our boy.

In the age of open adoption, there is often some confusion on the part of a birth mother about where she fits in the life of the child that she placed for adoption and her child’s new family. Don’t get me wrong, most birth mothers understand their rights at the time of relinquishment. But because there is no complete separation or severing of ties between the birth mother and her child, and because few birth mothers are given advice on how to grieve their losses and detach from their child, the boundary lines often become blurred. This can cause great frustration and, at times, fear for all parties involved.

In open adoption, a warm invitation is often given to the birth mother to become an extended part of her child’s new family. She is promised the ability to maintain contact and build a relationship with them, allowing her to watch her child grow. As unhealthy as it may be, many birthmothers live for that contact. It is their way of coping with the profound loss they have experienced.

When a birth mother is asked to step back, even worse, when her child’s family withdraws with little or no explanation, she is left to come to her own conclusions about what’s happening, often leading her to fear the worst. So what can you do as an adoptive family to maintain healthy boundaries with your child’s birth mother? I want to suggest three options that may be helpful.

Set boundaries in the beginning. As difficult as it may be, set boundaries before the adoption is finalized. It can be scary to do that, knowing that the expectant mother might change her mind and back out. But it will save you from further misunderstandings and conflict in the future. And by setting boundaries early on, it will help your child’s birth mother understand your expectations of her. After all, it’s likely that she’s never been a birth mother before and there is no instruction manual for her to follow.

Although you will know what’s best for your child in the years to come and will always have the final say in parenting decisions, do your best to include his or her birth mother in deciding about the extent of contact that each of you will have and what it will look like.  Will you send letters and pictures and if so, how often? Will you have face to face meetings and if so, when? Will the extended birth family be involved and if so, to what extent? By including her in these decisions, you show respect for her feelings, give back some of the control that she has lost through her placement decision and offer her peace of mind as she begins her life post-placement.

Allow the relationship to evolve. Understand that this new relationship with your child’s birth mother will change over time. There will be times when she is pursuing her goals and dreams and may seem distant. There are other times, often around birthdays, anniversaries and holidays that she may need more contact, more reassurance not only of the love that you have for her child but also of the commitment you have to her.

Talk about this evolving relationship with your child’s birth mother early on. Gently remind her that just as she is learning to live again, you are also learning to parent. There will be times when parenting is all that you can do. Keeping up with correspondence and visits may seem overwhelming and even impossible. Ask her for grace in advance if this happens and assure her that out of sight does not mean out of mind.

Seek help! If you find that you are unable to set healthy boundaries with your child’s birth mother or that she is having difficulty respecting the boundary lines that have been drawn, talk to your adoption case worker or adoption professional about what to do. It’s likely that they will give you some helpful tips that you can use without anyone feeling hurt or disrespected. It is also a good idea to maintain a relationship with other adoptive parents that can guide you on this journey and support you during the more difficult times.

So what happened with my son? Although I didn’t like her request to back off, I understood and respected her wishes. Our boy graduated from high school and recently graduated from college with a goal of pursuing graduate school in the future. He still struggles with his identity but one thing that he will never doubt is that his adoptive parents - his parents - are in this for the long haul…and so am I.

Jan Collins is the founder of The Birthmother Wellness Institute. She is a well-seasoned speaker, a birthmother wellness consultant for mental health professionals and faith communities and a voice for birthmothers across the country. She earned her Master's Degree in Social Work from Baylor University and completed her research and analysis on the long-term impact of relinquishment on birthmothers. Jan has had the privilege of sharing her story and research on radio programs, adoption webinars nation-wide, birthmother retreats and as a guest blogger for several adoption blogs.

In addition to her professional repertoire, she is also the birthmother of a 23 year old son that she placed for adoption at birth. Jan personally understands the profound grief, confusion and conflicting emotions that can occur from placing a child for adoption. Through her workshops, Jan equips others to better care for birthmothers in their professional practices, faith groups and communities. She currently resides in Milwaukee, Wisconsin but claims Chicago as her home.

Visit Jan's site at www.birthmotherwellness.com/
You can email Jan at .(JavaScript must be enabled to view this email address).