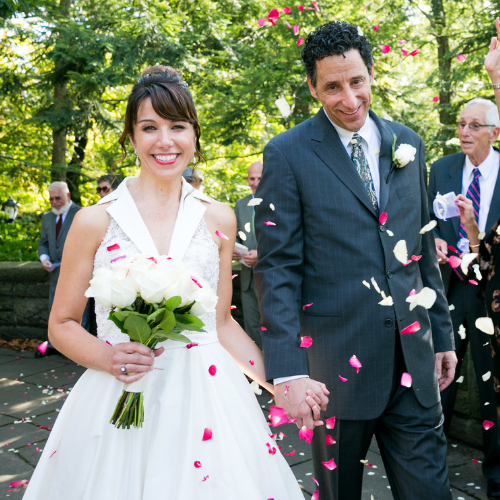 We begin with a simple, but important promise...

If given the opportunity, WE PROMISE TO LOVE YOUR CHILD UNCONDITIONALLY. We will love and support them through all of life’s ups and downs, in good times and in bad, no matter what. That has always been our promise to each other. It’s also our promise to you and to your child. In our experience, everything else falls into place from there.

Even before we got married, we knew we wanted to start a family together – THROUGH ADOPTION. Unlike many couples who choose adoption, we’ve never undergone fertility treatments or despaired over not getting pregnant. Why? Because we’ve always loved the idea of adoption. For us, adoption has been “PLAN A” – our dream – from the very start.

Part of it is this: In our world, adoption is just really familiar. We know lots of people who were adopted and who adopted children. We have good friends with young children who were adopted. And five of our nieces and nephews were adopted, with another on the way. This has allowed us to see firsthand how beautiful adoption can be for all involved.

We’d like to tell you a little bit about us here at Adoptimist. We hope this will give you a feel for whether we’d be the right parents for your baby. This isn’t everything about us, of course, so please don’t hesitate to get in touch to learn more.

We can't wait to hear from you. 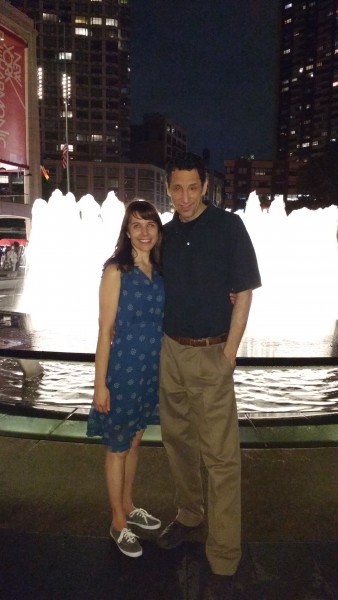 Enjoying the culture of NYC at Lincoln Center 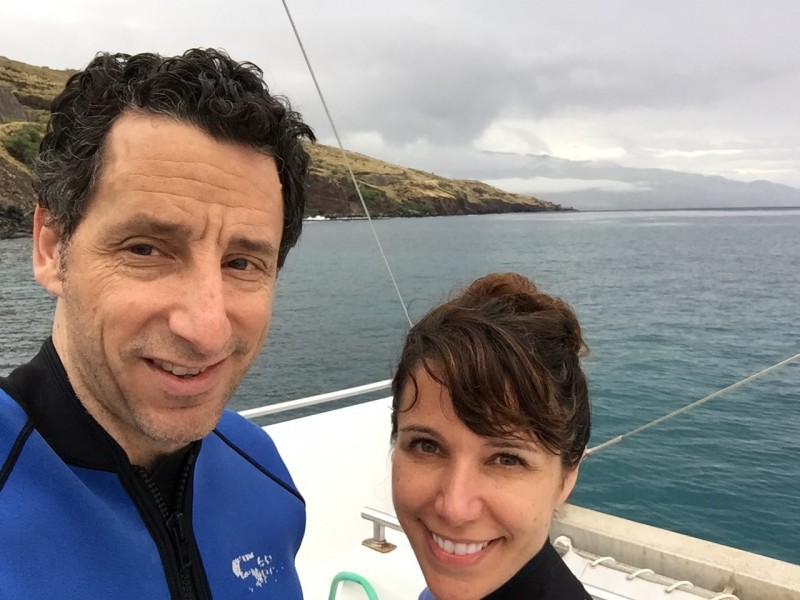 About to scuba dive! 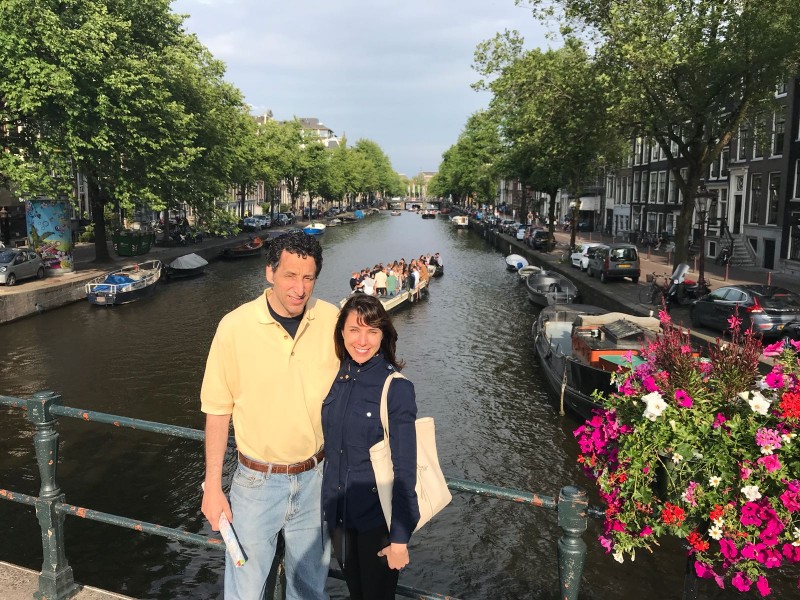 Here we are in front of a canal in Amsterdam. What an amazing trip! 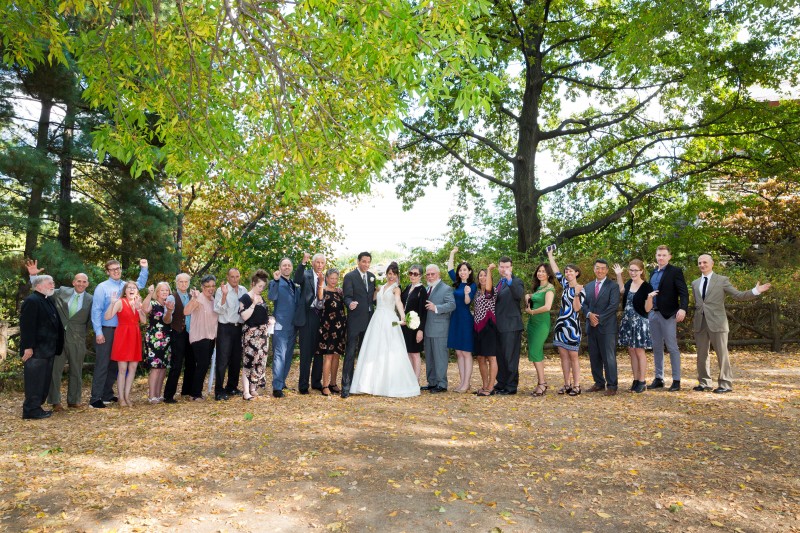 We were so lucky to be able to celebrate our union with so many people we love. 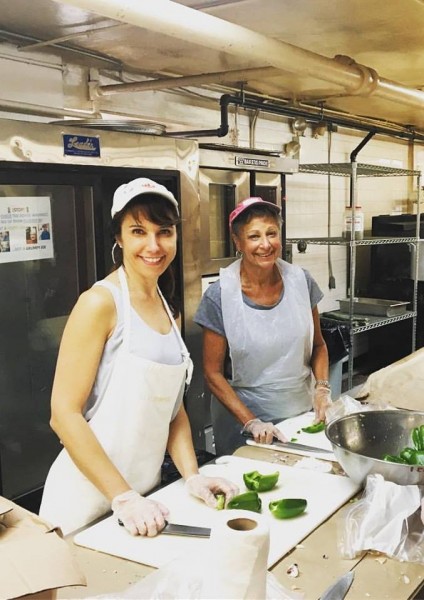 Me and Steve's mom volunteering at the soup kitchen

We met in June of 2016. At the time, Lori was living in Washington, D.C. Her job started requiring her to be in New York more and more often, so she decided to get an apartment for a couple of months. She went straight to the internet and found just the place–a fifth-floor walkup apartment in a colorful Manhattan neighborhood. A guy named Joe was renting it out, looking for a tenant who would take extra good care of it. Within hours of seeing the ad, Lori found her way to the neighborhood to check out the apartment. The place was perfect–not too big, not too small, big windows, and plenty of sunlight. There was just one important step that stood between Lori and renting the apartment she hoped for: approval from the head of the apartment (co-op) building, Steve.

Steve lived on the third floor. Intent on meeting Joe’s prospective renter, he planted himself outside the building on the afternoon of Lori’s visit, hoping for a chance to say hello and figure out whether she would be a responsible tenant and neighbor. Steve told Lori about the building, the neighborhood, himself, and his family. He told her about the fun things his family did together, such as the bicycle trip they take together every year. Lori told Steve about herself and her family, too, as they stood outside that afternoon, meeting for the first time and taking it all in. Within weeks they were dating, dancing, and laughing together on a regular basis.

Fast forward sixteen months. Steve and Lori again found themselves standing outside together on a sunny New York afternoon. Only this time, they weren’t alone. This time, they were standing in front of a gathering of family, friends, and loved ones. They were married in Central Park in October of 2017. Lori’s landlord, Joe, was the best man. To this day, he likes to tell anyone who will listen that his apartment was responsible for one of the best matches of all time.

You’ve gotten this far! And so have we. We’d love to connect with you if you are considering adoption. For us, it has always been the way we’ve wanted to grow our family. Looking forward to connecting.