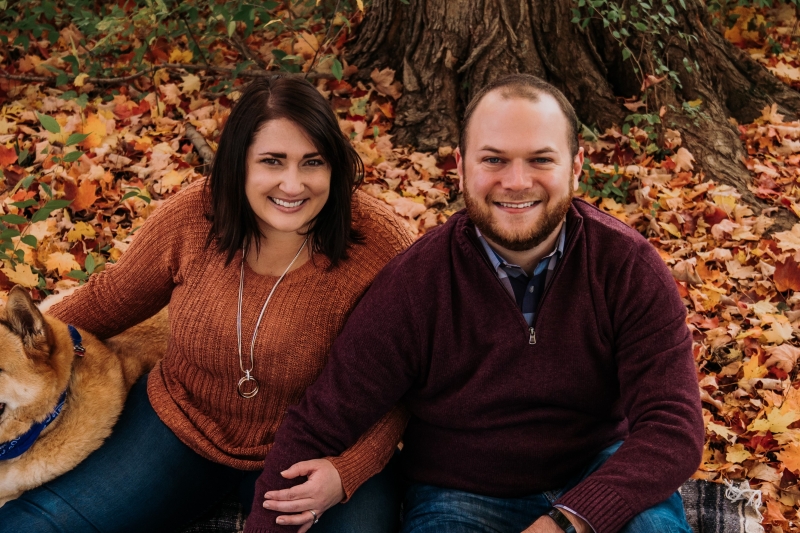 Loving couple looking to add a child to their adventures

Hi there! Thank you for taking the time to get to know us. We are Chris and Felicia and we're beyond excited to add a little one to our family. We met when we were 17 years old while working at an amusement park and have been inseparable ever since. We went to the same university to study accounting and we both work in finance. Chris works as a federal bank regulator and Felicia is an accounting analyst for a Fortune 500 company. We got married in 2010 and bought our house in 2012. We highly value education, spending quality time with our loved ones, and treating others with compassion and empathy.

We cannot wait to add a child to our lives and take them on all sorts of adventures. We love the outdoors and live an active lifestyle. We enjoy backpacking, kayaking, and exploring new and exciting places. We currently have a goal of visiting all of the national parks and baseball stadiums - although we still have a long ways to go! Chris is especially looking forward to having a fishing buddy and someone to take stargazing, while Felicia is most looking forward to trips to the zoo and amusement parks. We also have a number of nieces and nephews that can't wait to have a new friend to play with. 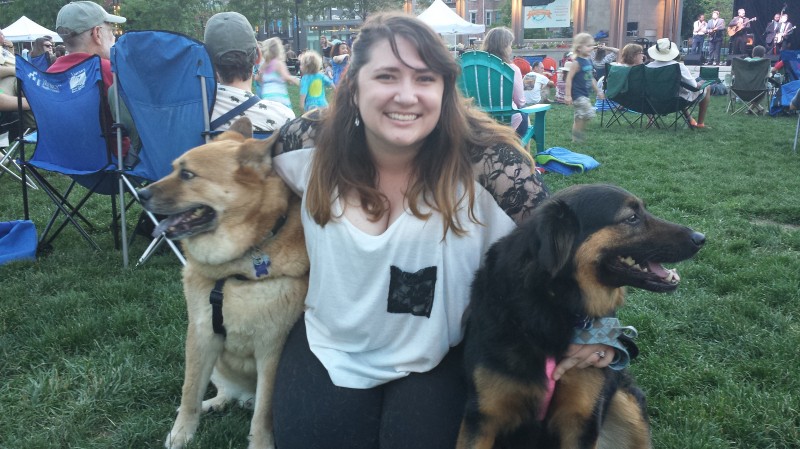 Bark in the Park concert

After a swim at the beach 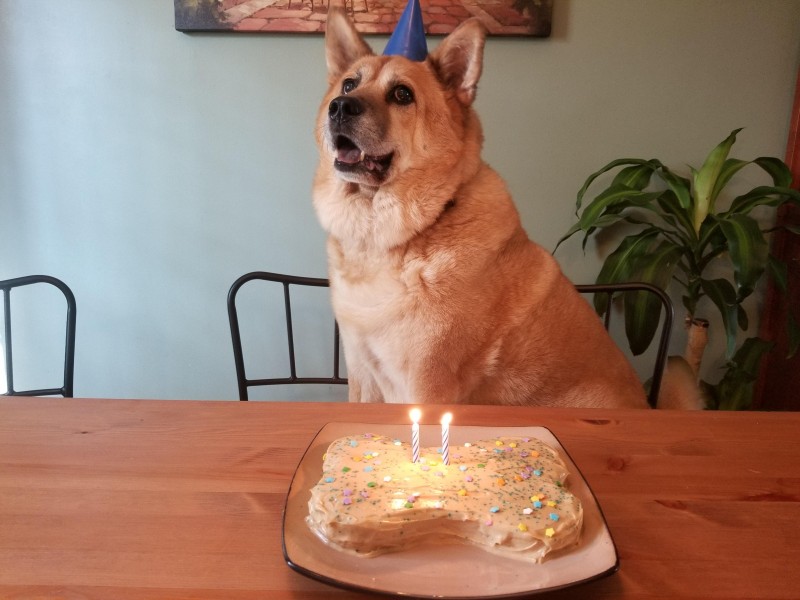 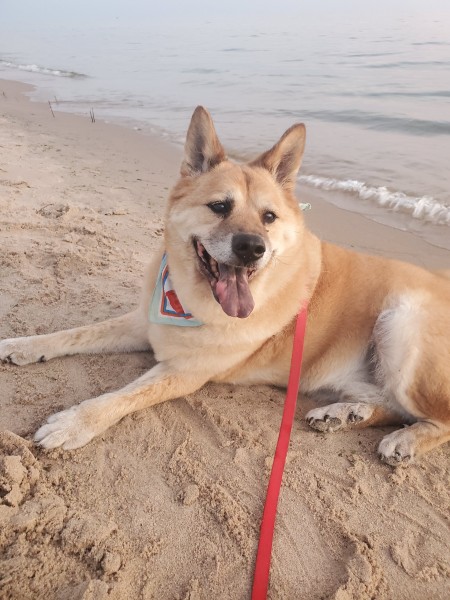 Relaxing at the beach 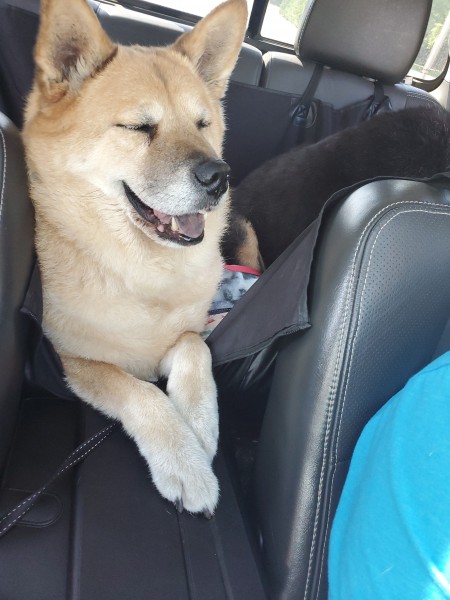 We met in high school while working summers at an amusement park. Despite the many hints Felicia was giving Chris, it took him a couple of months to finally ask Felicia on a date. We have been inseparable ever since. We were married in 2010 and made the decision to grow our family a few years later, but health issues have prevented us from having children naturally. Ultimately, we believe this was just life pushing us in the right direction since both of Felicia’s parents were adopted and we have always felt a desire to adopt ourselves one day.

Felicia grew up with her dad and stepmom alongside four other siblings. She spent much of her childhood living in the country, and even recalls a time when she was woken up by a cow outside of her bedroom window! While most of her family is spread across the state, they all live within a few hour’s drive of home. As the oldest of five children, family has always played an important role in Felicia’s life. She has been a mentor to her siblings and has always prided herself on setting a good example for them.

Chris grew up with his mom and stepdad alongside his younger brother and sister. He has also reconnected with his biological father and has since fostered a relationship with his three other siblings. Some of Chris’ favorite childhood memories include camping and fishing trips with his family, and summer road trips with his grandparents. Chris cannot wait to introduce his kid to all of his favorite hobbies (in fact, he has already been eyeing a few baby backpacks for hiking).

We also have a second family in our group of close friends, many of whom have been in our lives for over a decade. On weekends, we like to spend time together playing softball or board games – both of which can get pretty competitive! While some of our friends are spread out across the country, we always make time to visit each other regularly. They have all been very supportive of our adoption journey and are just as excited as we are to introduce a little one into our tribe.

The adoption process is long and emotional.  It took us a year just to complete the home study process and our agency told us it takes an average of 12 to 18 months to be matched.  That’s almost three years from the date we decided to pursue adoption!  Luckily, we both have hobbies to keep us busy while we wait.  We are excited to share all of our hobbies with our children one day!

- Astronomy: We has recently picked up astronomy and astrophotography as a hobby and purchased a high-powered telescope to view deep space objects such as galaxies, star clusters, and nebulae.  We’re also both members of the local astronomy club, which grants us access to dark sky sites and even more powerful telescopes.  There’s nothing like laying on a blanket on summer nights, looking up at the stars, and seeing the Milky Way with your own eyes.

- Backpacking: We have only been “backpackers” for a couple of years, but we have gone to a bunch of cool places in that short period of time.  Chris backpacked in the Grand Canyon with his dad, uncle, and brother.  Together, we have backpacked in the Upper Peninsula of Michigan, Kentucky, and Rocky Mountain National Park.  This summer we are planning to go on a three night backpacking trip in Yellowstone National Park (bear country!!).  Backpacking is the best way to avoid crowds in a national park.

- Board Games: We’re not talking about your traditional board games like Monopoly, Clue, and Life (although we do have those).  We play a lot of eclectic board games like Pandemic, Root, Wingspan, and Axis & Allies.  We have a group of friends and coworkers that we meet up with just about once a month to hang out and try new board games.  It can get a little competitive, but everyone always has a good time (when they win - just kidding, sort of).

- Boating: We own a small, 18-foot boat that’s perfect for skiing, tubing, and fishing.  We usually take it to a decent sized lake close to our house, but lately we have been taking it to Norris Lake in Tennessee in the summers, which is where Chris’ dad keeps his boat.  Its the perfect activity for hot summer days and its fun to get everyone together on the lake at the same time.  We also have a couple of kayaks we take out on the river or lake when we don’t feel like towing our boat anywhere.  It’s usually just as fun, especially when we’re looking for something quieter.

- Sports: We’re both big sports fans.  Our favorite sport is baseball, and we try to go to a few games each year.  In fact, one of Chris’ favorite foods is ballpark hotdogs, of which he usually has several whenever we go.  We’re also season ticket holders of the local MLS soccer team, which has been a lot of fun over the last few years.  Although neither of us are especially athletic, we have played co-ed softball in a local rec league for over ten years - same team name and everything!  We’ve only won the league once, but we sense another championship season coming this year!

- Video Games: We don’t play many video games, but our favorite is Sea of Thieves, in which you play a pirate and work together to sail your ship to look for treasure.  We like it because its a game we can play together.  Felicia’s not a fan when other players sink our ship, but she’s getting better! Chris plays more video games than Felicia, but he primarily plays with his friends who live out of state.  For him, its a good way to keep in touch with everyone.

- Fly Fishing: We both enjoy fly fishing quite a bit.  Every time we go on one of our “nature vacations” we try to organize a guided fly fishing trip on a local river or stream.  We’ve been guided fishing trips in Pennsylvania, Indiana, Michigan, Tennessee, North Carolina, and Colorado.  There’s nothing like the rush of having a fish on the line - especially when it’s so rare for us…. We mainly fish for trout, but we have a local river by our house that is great for small mouth bass fishing in the summer.

We finally received word that the National Park Service approved our backpacking permit for Yellowstone National Park!  So now it’s all a matter of preparing for the trip.  To get ready, we have been exploring new parks close to our house and hiking on all sorts of new trails.  While our hikes in Yellowstone won’t be all that difficult, adding a 30-pound backpack to the mix makes even the shortest hikes seem like they go on forever.

Our goal to try to go on at least one hike every weekend leading up to the trip.  Yesterday, we went on a great hike that followed a small river that wound through a gorge carved by glaciers hundreds of thousands of years ago.  We had perfect weather and we made it just in time to see the wildflowers starting to bloom.  We are seeing all sorts of signs of summer, which always gets us excited for trips, softball, baseball games, and grill outs on our deck.