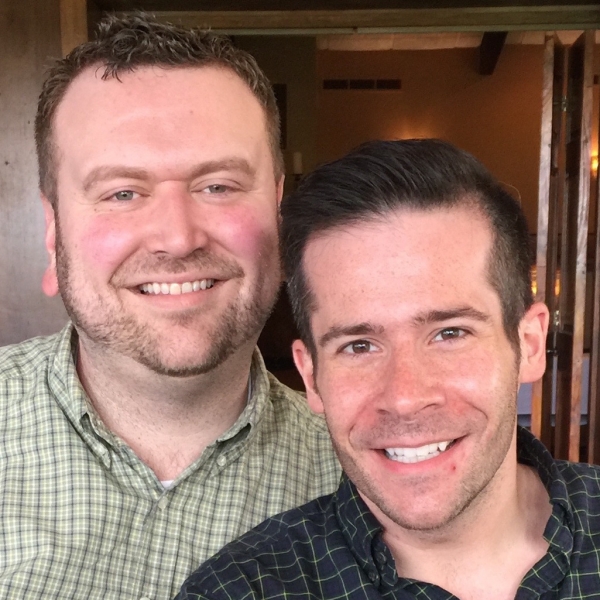 Fun fact: we're SO ready to be dads!

We are Paul and Ryan of Robbinsdale, Minnesota, a small suburb adjacent to Minneapolis. We have been together since 2009 and were married in 2013 on the fourth anniversary of our first date. Raising a child together has always been a dream of ours and we are so excited to bring that dream to life through adoption. Our circle of friends and family includes those who were adopted, grew their families through adoption, or created adoption plans of their own. We look forward to providing a loving, supportive, and engaging home for our child that is inclusive of his or her adoption story and birth family. 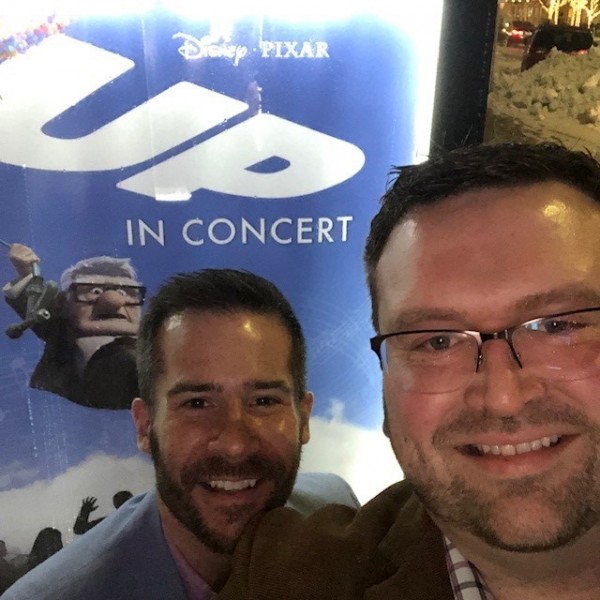 Seeing "Up" at Minnesota Orchestra 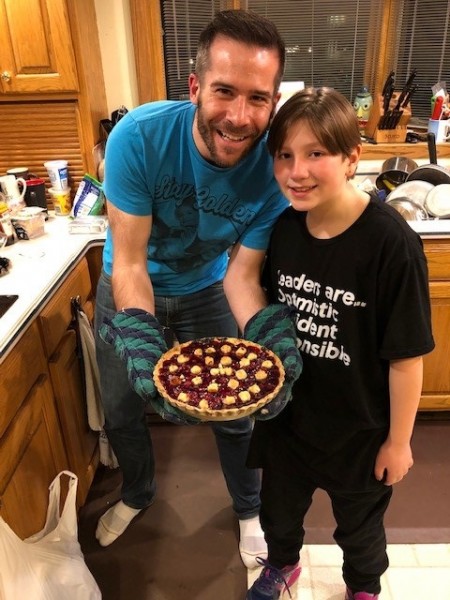 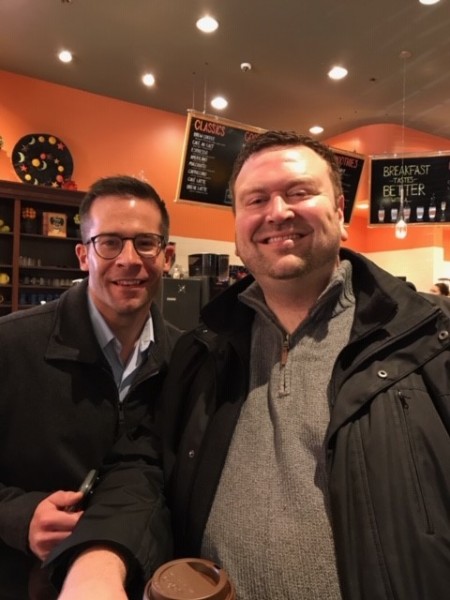 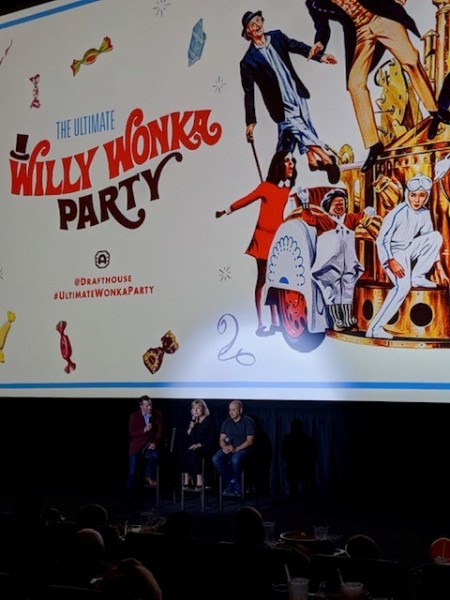 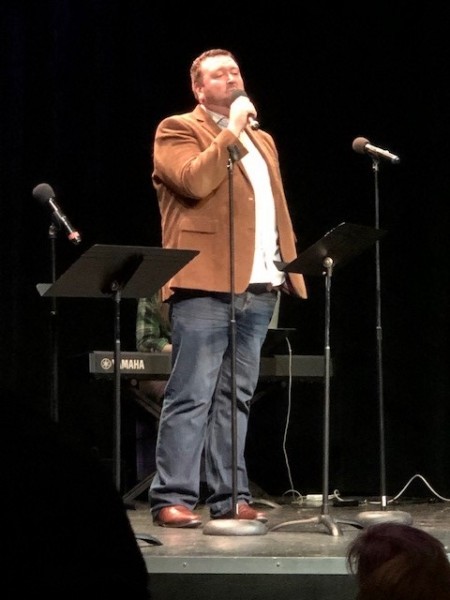 We met in June 2009 when Ryan volunteered as an usher at the theater Paul worked at as box office manager, and our first date was a Monday evening at a local brewery, an exhibit about the Titanic at the Science Museum, and a nice dinner in Uptown. We married on the fourth anniversary of our first date in 2013 and recently celebrated our first decade as a couple!

Paul and Ryan brought Channing home in January 2012, a Cavalier King Charles Spaniel who had been rescued from (we believe) a puppy mill in Arkansas. He has brought so much joy to our lives, even if he spends his entire day sleeping and cuddling!

We share a passion for arts and culture, with a mutual love for theater, music, film, books, and television. But we aren't pretentious - we enjoy compelling drama, be it a serious foreign film or a ridiculous argument between Real Housewives. And sometimes we just want reruns of The Golden Girls. Above all, we laugh together every day.

It’s time for another monthly journal entry with a little sneak peek at what we’ve been up to as we brace for the chilly Minnesota months. In early November, Ryan got to perform at Musical Mondays at Lush – a monthly musical theater cabaret series. It was his second time performing at Musical Mondays and was back to help celebrate their seventh anniversary.

It was a busy month overall for Ryan as he participates in the Spotlight Education program for Hennepin Theatre Trust. Spotlight sends members of the theater community to high school musicals throughout Minnesota to offer critical feedback on all aspects of the performance from acting and sets to sound and costumes. It’s such a joy to see the arts thriving in high schools and the power and tools Spotlight offers young artists to help them grow.

Paul’s work with WW (formerly known as Weight Watchers) saw some exciting changes as they rolled out changes to their program. They’re now offering three different ways to live the program, which allows members to choose the program that bests fits their lifestyle. Paul loves encouraging members to be their best selves by working on healthier eating habits, having a positive mindset, and understanding the benefits of exercise and activity.

Thanksgiving was spent down in Iowa with Ryan’s family. It was great to spend time with Ryan’s parents and his sister and her family. It’s a little escape from our normal rat race. Paul made a cherry pie and “party potatoes” with our niece, Isabelle. Paul loves seeing her enthusiasm in the kitchen!

The month ended with a trip back to Orchestra Hall for the Minnesota Orchestra Movies & Music series to see the Orchestra play Michael Giacchino’s score to Pixar’s “Up” as the movie played above them. The movie holds a very special place in our hearts as we commissioned a piece of the score to be played as we walked down the aisle at our wedding. The opening scene in the film showing the beautiful relationship between Carl and Ellie makes us weep every time, and it was so majestic hearing the Orchestra play this piece live.

As always, thanks for reading this month’s journal entry and checking out our Adoptimist profile. December is shaping up to be as festive as always!

October has come and gone faster than you can say, “Boo!” It was an exciting month for both of us full of unique opportunities, travel, and time with family.

Ryan directed the Minnesota premiere of the Off-Broadway musical “Night of the Living Dead! The Musical!”. Yes, it’s a musical based on the George A. Romero zombie classic. A musical about zombies? It was just as campy and fun as you’d expect garnering plenty of laughs at each performance. What made the performance run extra special is that Ryan flew in the show’s writer from New York City to see his musical and surprise the cast. They loved having him in the audience, and he seemed elated to see his show reach an audience outside of the New York theater scene. Paul moderated a “screen to stage” themed Q&A with the cast and crew after one of the performances. It was the first time Paul and Ryan got to blend their hobbies together for a fun event.

Paul flew out to Los Angeles in early October to interview the cast of the new movie “Jojo Rabbit”. The movie studio flew him out to see the movie on the Fox Studios lot, attend a post-screening reception with the director, and offered interviews with the cast, including Scarlett Johansson, the following morning. The interviews were featured on his YouTube channel and on KSTP-TV’s “Twin Cities Live”. Paul also attended the Twin Cities Film Fest, which was celebrating its tenth anniversary. He loves attending each year and got to interview various filmmakers and actors throughout the fest.

One of the many events Paul and Ryan look forward to with their children is taking them to the Minnesota Orchestra. We recently attended their performance of “The Empire Strikes Back”. The Orchestra played the classic John Williams score as the film played above them. It was a phenomenal experience as their “Movies and Music” series is a great way to introduce families to the orchestra. They make the entire evening accessible and entertaining allowing the audience the cheer along, quote the movie, and get swept away in an amazing film score.

We had a fun Halloween as we got to spend some quality time with friends visiting from out of town on their way to a vacation. Dinner at the Mall of America meant seeing kids trick or treating from storefront to storefront. It’s a really clever non-traditional idea, especially for us Minnesotans. The Mall provides a safe environment where kids don’t have to be all bundled up with coats over their costumes. It’s always a disappointment when you cover a clever costume with a puffy coat.

Our dog, Channing, continues to be his cute and cuddly self. He loves to snuggle on our laps as we wind down from a busy day watching “Jeopardy!”, the news, or his favorite, “Dancing with the Stars”.

November will be a month of giving thanks. A joyous time to make some traditional family recipes and do some minor Black Friday shopping. Until then…

Thanks for reading,
Paul and Ryan